As average yacht length and volume has grown over the years, so has Amico & Co’s reputation as a full service refit shipyard

Our passion for the sea, brought ashore

The Amico family has been building and repairing ships and boats for more than two centuries, with the business passing through the generations from father to son. The history of the Amico family shipyards dates back to 1799, when master builder Matteo Amico established his yard in Loano, about 60km from Genoa.

This yard operated up until the end of the 19th century, when the introduction of steel and steam engines revolutionised shipbuilding. In 1885, during this period of great change, a descendent of Matteo named Michele Amico, launched a ship maintenance and servicing business serving both sailing and steam vessels in Genoa. Michele’s son Luigi followed him, joining the family business and forming the basis of the company that continues to thrive today.

In the 1950s, Luigi’s son Guido Amico followed the family tradition and joined the ‘Luigi Amico Company’, subsequently introducing many innovations, including high pressure sandblasting and Italy’s first motorised support platforms. In the early 1980s, Guido Amico applied to the port authorities to construct a new shipyard. He was granted an area to the east of the harbour where, in 1991, working with his son Alberto, he founded Amico & Co, a new shipyard dedicated exclusively to the repair and refit of large yachts. 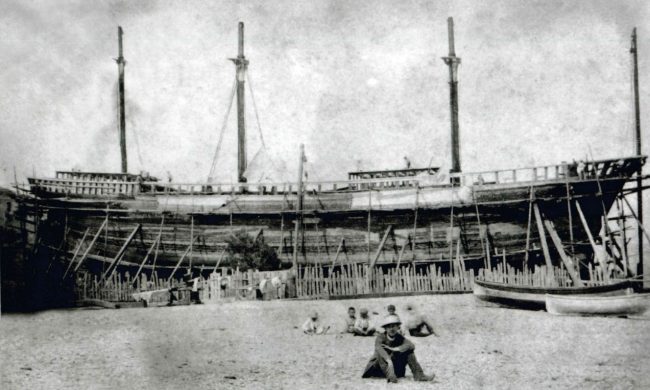 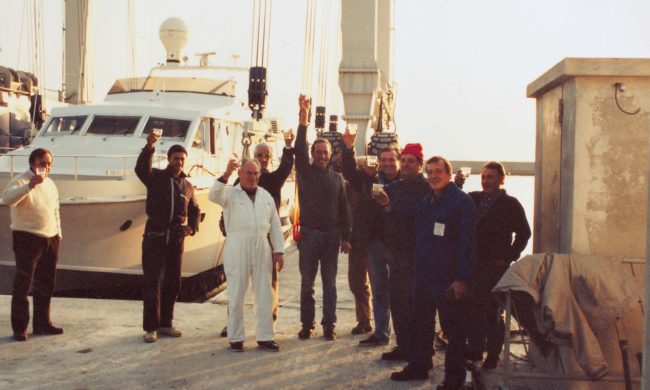 “The history of the Amico family shipyards dates back to 1799, when master builder Matteo Amico established his yard in Loano.”

Guido’s success was due to his ability to retain and integrate the skills, knowledge and craftsmanship of the old shipyard with the latest organisational structures, equipment and machinery required to meet the exacting standards required for superyacht refit and repair.

Today, Amico & Co is a world leader in the field of superyacht repair and refit, with international clientele making up 90% of customers. Even now, more than two centuries after the founding of the first Amico shipyard, the tradition and skills found in this part of Liguria continue to pass from father to son. Amico & Co has pursued an uninterrupted commitment to the highest industry standards and to continual innovation, utilising the expertise and passion of people who have always looked towards the sea and the future.

Amico & Co has received financial support from the EU to carry out investment programmes, both in 2017, thanks to a grant application made on 5.12.2016 pursuant to Action 3.1.1 of the POR FESR LIGURIA 2014-2020 with the purpose of extending the production facility buildings, machinery and equipment as well as in 2021 for business digitization and for adapting production processes due to Covid 19.